In early summer, during the WWDC 2019 developer conference, Apple introduced new operating systems for its devices. The most anticipated announcement was iOS 13, which received the long-awaited dark theme and other equally useful chips.

Dark theme. The main change to iOS 13 was the dark theme. All standard programs have been updated to support the new option. You can activate the black interface in Control Center or Settings.

Enter text. Another long-awaited innovation was the support for swapping text on a standard keyboard. To do this, just slide your finger from letter to letter without tearing it away from the screen. 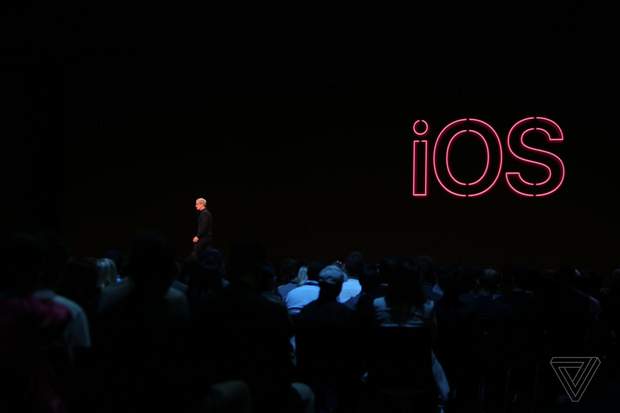 Optimization. Once again, Apple worked on optimization. The scene said that unlocking through Face ID will be 30% faster, and the launch of applications is now doubled. In addition, the size of software when downloading from the App Store was reduced by 50%, and the “weight” of updates – by 60%. 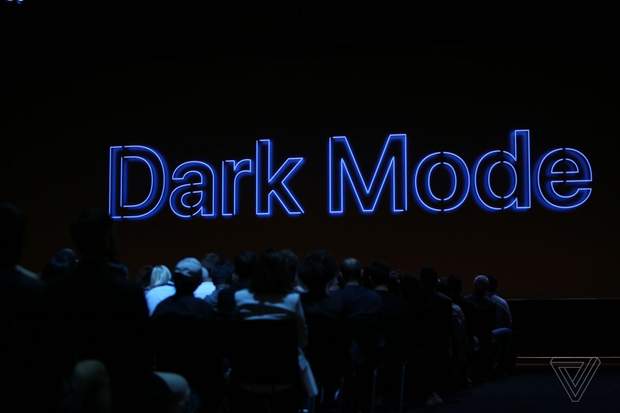 Data security. In order to maximize privacy, Apple has added advanced geo location management to iOS 13. Yes, applications can be given one-time access to placement, and if an application requests this information in the background, the user will be alerted. 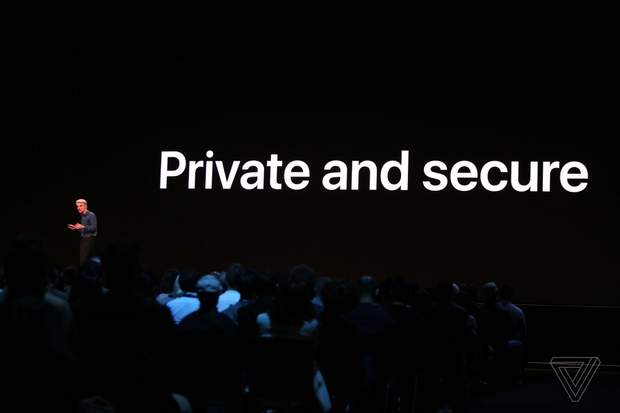 Apple has also implemented the ability to authorize in applications, sites, and services through its own platform. Just confirm your identity with Face ID, Touch ID or password. As a result, developers of the application or service will not be able to access the user’s personal information as if they were logged in through a Google, Facebook or other social network accounts.

However, if you still need to specify email when registering, Apple encrypts it for each application. As a result, logging out and spam will not occur after logging out.

Cheese. With the release of iOS 13, a voice for Siri will be modeled through machine learning. This will make it more natural. When using Air Pods, Siri will be able to voice incoming messages, allowing them to be answered immediately.

Built-in applications. Many installed applications have been seriously updated with Apple. Maps, for example, began to look different and got a similar Street View feature available on Google Maps. It will allow you to navigate the streets through the panorama. The process of transition between points will be as smooth as possible. This mode also displays information about all establishments and homes.

Messages have the ability to include a name and a photo when sending to someone you don’t have in your contacts.

Memoji fans have come up with a lot of settings to customize the look of their virtual avatar, right up to adding Air Pods to it. Memoji can be used to create stickers that will be accessible via a standard keyboard across all applications and devices.

In addition, the camera has added new effects for portrait lighting mode and the ability to adjust their intensity. According to Apple, you can achieve the effect of approaching and removing light sources from the model.

The standard Photo app has a completely new photo editor, with the ability to adjust important settings. In addition, editing along with various filters is also for video. In addition, the gallery has a new way of displaying photos and videos by day, month and year, showing key events.

How do I download the beta version of iOS 13? Immediately after WWDC 2019, Apple released the first beta of iOS 13 for developers. It also had to come out with a configuration profile, as has happened in recent years, but for unknown reasons, it was not published. Due to this testing, the update was bypassed by ordinary users.

For developers enrolled in the Apple Developers program, links to full iOS 13 images are available.

It turns out that while the configuration profile is not available, only “selected” will be able to install iOS 13 beta 1, which fulfilled a number of conditions:

You have a Mac.
Mac OS 10.15 beta 1 installed.
The latest version of Xcode is installed.
There is an account in Apple Developers.
Smartphone UDID added to the developer profile.
Your iPhone or iPod touch is in the list of compatible devices.

If the above requirements are met, you can download the firmware image and download it to your device yourself.

Warning! All the gadgets you do are at your own risk.